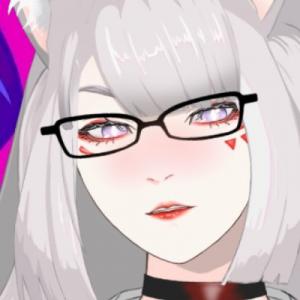 Mugenkai, the dream world, is a land where everything's existence is ephemeral. In order to maintain the world, the youkai that live there must create new memories from experiences to turn into dream fragments, which are what they can use to build new parts of the dream or maintain existing ones.

At some point some decades ago, dreams about video games became more and more common, and the youkai learned that video game experiences were also viable and interesting sources of dream fragments, so more and more youkai started playing video games here in the human world.

Michiko is one such youkai.

The name Michiko (未知狐) comes from the first human he made contact with upon arriving in the human world, who gave him the name, saying that nobody yet knows of this fox spirit (未知の狐; the yet-unknown fox). Additionally, she first believed him to be female due to his androgynous appearance, at least by human standards, hence the feminine-sounding name.