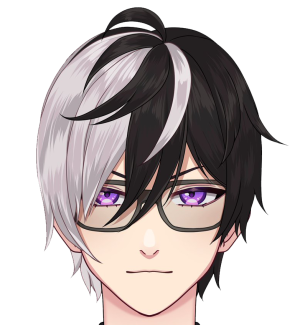 Summary: Mel is a human who has tried to help people as a therapist in his daily life, but business has been slow and as he went home depressed, he suddenly was surrounded by complete darkness. A voice spoke out to him and a well-crafted mask appeared in front of him, it was the voice of a soul-bound oni. It convinced him to put it on and after a while, they basically became one person with two personalities.