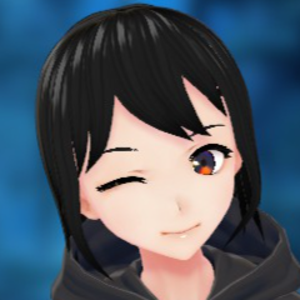 lor1x is an English speaking Virtual Streamer that streams on Twitch and sometimes posts videos on YouTube. He is an introvert but tries his best to make everyone feel welcomed. Sometimes he may swear but it is pretty rare. His avatar's name is Akane Kosui. with the help of friends, this is how the avatar's name (Akane Kosui). was created since she has red eyes maybe something with red in her name akane meaning deep red, dye from the rubia plant could be something 朱 (aka) meaning "vermilion red" The color red, or aka, is very popular in Japan. Many shrines and temples are red, and this fact has a very ancient meaning. Since time immemorial the color red was seen as a way to scare away evil spirits Red is the color of festivals and festival zones are marked by curtains with red and white stripes. The symbolic meaning of red is peace and the prosperity of the family. In Kabuki theater performances, red stripes on the actors’ faces means justice. Red and white are prominent traditional colors in Japan. Both colors are used in decorations at events which represent happiness and joy. People also wear these colors at important ceremonies such as weddings, birthdays and other life events. In general red color in Japan is associated with public phones, cherries and paint. Color red in Japanese culture denotes strength, passion, self sacrifice and blood. It is the color that ‘gets the blood flowing’. Red bean rice is served on auspicious occasions. Many phrases such as the terms for “embarrassment to death” or “growing red with anger” or “deficit spending or losses” or “complete stranger” are denoted with Japanese word for ‘red’. And since she has black too, Black is a popular color in Japan for electronics and clothing. It mainly denotes non-being, mystery, night and anger. Calligraphy is usually done in black ink on white paper. As stated above, black and white are both colors of mourning in Japan. Wooden condolence gifts are often tied in envelopes stringed in black and white. Black in Japanese culture also denotes the hair and eyes. Many phrases consist of the Japanese word for black such as “clarifying between right and wrong “or “rolling one’s eyes in surprise, fright or anguish” etc. Black also denotes evil-hearted person.