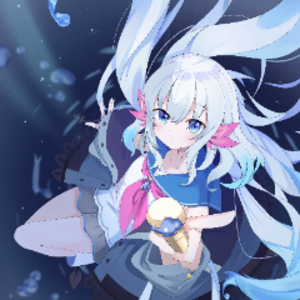 Lee On was a female Korean Virtual YouTuber affiliated with NIJISANJI KR. She debuted along with the members of the 6th wave on 1 September 2021. She was the last to debut. She is 1600 years old. Her birthday is on 14 November. She is 155 cm tall. She is a Scorpio. She opened her membership on 21 September. Her fanbase is officially called "IRION".

She announced her graduation on 3 March, 2022 alongside Shin Kiru. She also would be stating that she would be graduating on 30 March in the same tweet. She held her final stream on 30 March. Her streams have been privated afterwards.

A magician apprentice from a virtual magical school. She got accidentally teleported to this world while doing multiple experiments.