Larry the CEO of Hell 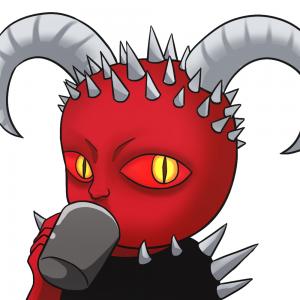 Larry is a male English-speaking comedy Vtuber who mostly streams a variety of games but also sometimes does chats. Minecraft and other survival games are a staple but anything from RTS to FPS is played, it's whatever Larry feels like! Streams at 9:30 pm eastern.

Larry has been the CEO of Hell since it was just a small soul collection start-up. Most people who die go there, but since most people aren't that bad, Larry tries to make Hell as nice a place as possible for good people. But in the last few hundred years, Larry has been concerned that Hell is getting a bad reputation among the living. People even say bad things are his fault and call him "Satan" (Larry has no idea where that name came from) So, to soften the image of Hell, the CEO himself is doing a social media outreach campaign.