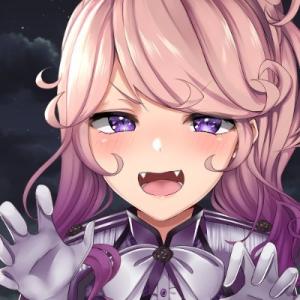 Karen von Nachtigall was a female German VTuber who debuted on 7 January 2021. She is a vampire. Her birthday is on October 12. She is a Libra. She was PITAPAT's first VTuber. Most of her streams are in German, Japanese, or both. On 27 April 2021, she was part of the online convention DigiComi. She is trilingual, as she is able to speak English, Japanese and German. Her favorites include curry rice, RPG and rhythm games, and rock, hip-hop and rap music.

On 2 October 2021, Karen would be retiring along with the other members of PITAPAT to prepare for its dissolution.

Moin moin! I'm Karen, a (hikikomori) vampire Vtuber from Germany. My streams are mostly in German and/or Japanese, but all English comments are welcome!