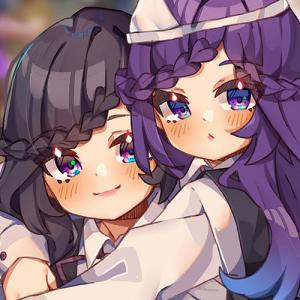 Kamini is an English VStreamer/VTuber. She streams primarily on Twitch, occasionally on YouTube, and frequently collabs with other independent VStreamers/VTubers.

When not in a collab, her choice of games are usually horror, puzzle, point and click, simulation, and indie games. She attempts to stream digital art every few weeks as she's also an artist dabbling in various endeavors in traditional/digital art, 3D modeling/texturing, video editing and motion graphics.

While she doesn't record acapella covers as often as she used to, she enjoys doing open request karaoke streams where viewers can suggest songs for her to sing along.

Her goal is to provide a chill and comfy place for her viewers. Anime and Kpop are two topics she'll always have something to say.

True to being an overworked and tired Office Lady (OL), Kamini died while clocking in overtime. Ironically, she's now a ghost trapped at her company's building. So what else is there for the Resident Ghost OL to do once she's done scaring tired employees to go home on time? Stream and play games!