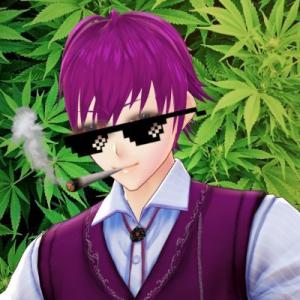 Outside of his VTuber activities, he's also one of the members of the "MFZ Fighting Game Circle" and sometimes make appearances as a stand-in commentator in their monthly tournaments, while mostly doing behind-the-scenes work as a Tournament Organizer staff.