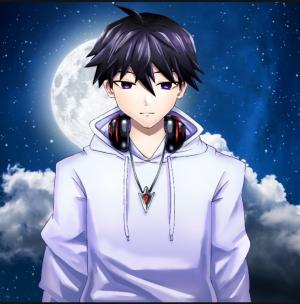 Homura Yami is thought to have formed about 4.53 billion years ago, not long after the Earth. The mostly widely accepted explanation is that, he formed from the Debris left over after a giant impact between Earth. To keep him alive, he orbit around the Earth at far side of the moon, Lunar Swirls, he is defined to be a celestial body that makes an orbit around a planet. It's a little dark without the moon, don't you agree? The rise of the moon.