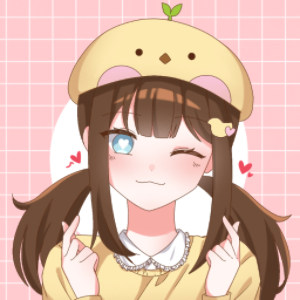 Gomsuni is a sweet and shining girl! Once a teddy bear, she has been given a second chance at life as a real girl! She loves chickens, pink things, and making people happy! There's never a moment when she isn't smiling and gazing in awe at the world around her. Things are so much different from this new point of view!

When joining into Gomsuni's streams, you'll most likely find her playing games like Apex Legends, Valorant, or Slime Rancher! She is always up for suggestions and playing with followers!

Not so long ago there was a little girl by the name of Nari. Nari had a teddy bear whom she cared deeply for. More deeply than any other possession she owned. She would take care of it, dress it up, sing to it, and any other thing you could imagine a young girl with a very active imagination would do with her best friend. She loved this teddy bear with her whole heart and from the day she got it, she knew she never wanted to be separated from it. This teddy bear’s name came to be Gomsuni, or Suni for short.

Gomsuni was no ordinary teddy bear. Gomsuni had feelings. She had emotions. She was just unable to share those emotions as she was just a plush toy with a sewn on mouth and button eyes. But deep inside that fluff and warmth was a heart so caring and so full that Gomsuni felt as though she could burst right through the seams and become a human to consolidate and hug her forever friend.

But it wouldn’t be long before things started to change. Nari would grow older, she would find new friends… real friends. She still loved Gomsuni as much as she did the day she got her but there was no doubt that the time she spent with Gomsuni was dwindling. She wouldn’t bring her everywhere like she used to. Not even to sleepovers! Gomsuni felt as though she was being forgotten and that broke her heart.

Finally, the day came when Nari was grown up. She is in middle school now. She was blossoming into an intelligent, busy, and bright young girl. Days after Nari’s 14th birthday she decided to clean out her room. While searching through piles of papers and clothes, her parents entered her room.

“Nari, maybe you should consider donating some of your toys. Or maybe throw them out. You’re growing older and there’s no need for childish toys these days.”

Nari sort of scowled, but nonetheless nodded in agreement with her parents. She quickly got to work on the mountain for toys in her living room. And at the base of that mountain sat Gomsuni.

Carefully, Nari picked her up and held her in her lap, thoughts of the past racing through her mind. All the picnics, school days, and sleepovers they shared together? She loved those days. They were wonderful memories, ones that she would never forget. But maybe her parents were right. Maybe it was time to say goodbye and start a new life.

After just a few more moments of silence, looking at the teddy bear who she once called her best friend, her tears stopped falling and she took a deep breath. With one last goodbye kiss on the forehead, she stuffed Gomsuni into the bag of toys and tied it shut. Quickly, before she could change her mind, she brought the bag down to her parents to donate in the morning. And with that, she continued cleaning her room.

Only, her parents did not submit them for donation. They simply tossed the bag into the dumpster outside, leaving it to be torn open by creatures looking for a quick snack in the alleyway. The bag was shredded, but luckily Gomsuni stayed in one piece, albeit soaked from the storm that was passing.

That night, Gomsuni lay there as rain poured over her plush body. She faced the sky where colors of purple, green, and pink danced through the clouds. It was unlike anything she’d ever experienced from a storm. It was beautiful. If only Gomsuni could see it for herself.

As she stared up at the sky, she could see bolts of lighting growing larger and sounding quicker. They were definitely hitting clo- CRACK!

Sparks flew wild, birds frantically scattered, rats squealed and disappeared into dark corners. Gomsuni hadn’t a clue about what just happened. All she could remember was a bright flash of light, a vibration, and now… something cold. She could feel the cool temperature on her body. Something she never experienced before. She could see the lights of the… wait… SHE COULD SEE!

Her sight flickered side to side in a panic, realizing everything around her was visible and real. She could see the raindrops falling from the sky. And the colors! Wow, the colors! They were so much more vibrant than she’d ever imagined! Wait a minute… What’s that smell? It smells awful!

Gomsuni blinked her eyes, she actually blinked! She felt as her body instinctively breathed in gasps of air, her chest rising and falling in a melodic rhythm. What a foreign feeling…

With a sudden burst of energy, she launched herself up into a sitting position, raising her hands in front of her. She stared, confused and shocked at the sight of, not paws, but HANDS! She had hands! She wiggled her fingers curiously and brought them to her chest, patting around and squishing the flesh of her tummy under her sweater. What was going on?

She quickly came to realize the putrid smell was that of the dumpster she was still sitting in. With a quick hop, she tossed herself over the side, not so gracefully landing on her butt because… well, she didn’t know how to walk. But that feat seemed to not be a challenging one because within minutes she was walking just fine. Almost like she had done it her whole teddy bear life.

She reached behind and patted just above her butt and found that she also has a little pompom of a tail! What a weird thing to have when you look like a human. But, nevertheless she simply pulled her sweater down to hide her tail and placed her hat back onto her head.

What would she do now? What does a teddy bear do once they’ve turned human? She supposes she would just have to find out for herself…