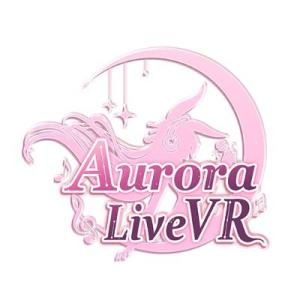 AuroraLiveVR, (or “ALVR” for short) first known by their Chinese name 极光社 (Jiguangshe), is a Chinese VTuber company that ranks in the Top 3 BiliBili Virtual Anchor companies. AuroraLiveVR has approximately 200 active VTubers and over 10 million followers across their company Chinese and English social medias. They specialize in VTubers designs with Chinoiserie style clothing. AuroraLiveVR has their own private artist team in Asia and prides themselves on their innovative Live2D model art and rigging. IchigoUsagiVR is their most notable model artist, and 弘幸Hiroyuki and 狐茶shiroi are their most notable riggers. AuroraLiveVR not only produces all assets for their talents, but accepts commissions for models, rigging, overlays, emotes, assets, music production, original songs, video editing, character designs, and showcase videos. AuroraLiveVR has done commissions for over 1000+ VTubers, including the well-known VTubers 凉风Kaze and 兰音Reine.

AuroraLiveVR is not to be mistaken with Auroralive, which is a completely different VTuber company in another country.

AuroraLiveVR continued to host online public auditions for models they would release one by one into the Chinese VTuber market on Bilibili throughout 2021.

2022
AuroraLiveVR opened auditions for the 1st Wave of Kaleidosekai talents on May 10, 2022 with the model “Twin Flower.” The audition was announced only in their Discord Server. The model was a half succubus half TaoTie 饕餮 demon model designed to be the twin younger sister of their Chinese talent Hachiki Hakaba 八桦蜂吻. The model was named Cayena Hakaba 八桦卡夜娜 and she debuted on July 20, 2022 on Twitch.

AuroraLiveVR opened auditions again for another member of Kaleidosekai on October 10, 2022. The model was drawn by IchigoUsagiVR’s artist apprentice PChan and rigged by 狐茶shiroi. The model was named Pews Ume and she is set to debut in 2023.

Serafina released a cover of Golden Hour by JVKE to Bilibili on November 22, 2022. She uploaded a teaser of the cover to her Twitter on November 23, 2022, where she had just begun being active on since October 2022. The video went viral, garnering over 350,000 views, over 10,000 retweets, and over 35,000 likes. Serafina then uploaded the full cover to her Youtube where it gained her over 50,000 subscribers and 1,000,000 views. This brought a lot of exposure to AuroraLiveVR in the EN scene.

Members:
CN Branch 🌌
The CN Branch was the first Branch to be established by 极光社 in 2021. The first models were drawn by IchigoUsagiVR, and some models even had 3rd party artists not from AuroraLiveVR’s artist team, but this practice has since been halted. All models are required to come from AuroraLiveVR’s own artist team as of today. There are over 100 talents in the CN Branch, and not all of them have 极光社 in their bio as tagging in profiles is not possible on Bilibili. More information on their talents can be found in their Discord Server.

Kaleidosekai 异世界万华镜
Kaleidosekai 异世界万华镜 is the “Kaleidoscope World.” Representing all of the EN Branch of AuroraLiveVR, Kaleidosekai is fractured into different groups that the “Kaleidoscope world” brings together. These groups are La Nexilis, Resolythe, SYBER, Proj:GG, Melodecho, Veradure Flora, and Deimonity. A kaleidoscope is an optical illusion created from infinite reflections of light bouncing off of shifting tilted planes. Open your eyes to the world of the kaleidoscope. where people from isekai worlds can meet one another. Demons and magical fairies, goddesses and criminals, benders of reality and time travelers, all of these heroes gather together in Kaleidosekai. Would you like to come to the world where dimensions meet?

Deimonity 🌟
The seventh confirmed unit of Kaleidosekai. The daemons, deities, and dommies of the universes. Theme color: Gold