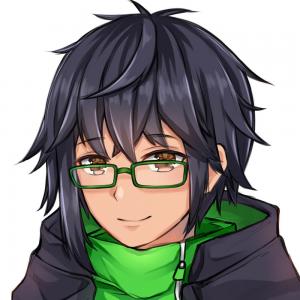 Eri James is a Virtual YouTuber and Streamer who makes content in English, Malay, and Japanese.

In the early years of his childhood, he had a sudden sensory overload, especially on his sight. As he struggled to control this condition, a mysterious person gave him a pair of glasses that suppresses the stimulations. Years later, he learned a little on how to utilise his "gifts" for his career and helping others, until it led him back to the person who gave him the glasses years ago. Following all the clues, he found out there are others who had almost the same circumstances as he did within the virtual world. Hence, begin his virtual career whilst discovering about his past.