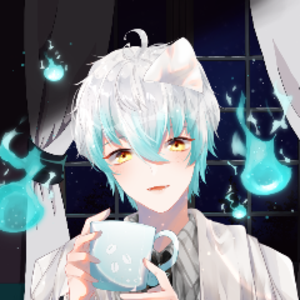 Eldritch is a friendly neighbourhood ghost. He makes streams, Let's Plays and videos based on what catches his interest.

(English is not his native language, however he trys to make as many streams in english as He can to practice and improve his pronunciation. He will also set the language in his games to english as far as it's possible.)

[Eng] Eldritch is a poltergeist who is bound to an old mansion. (More information can be seen in his lore video on Twitch and YouTube.)