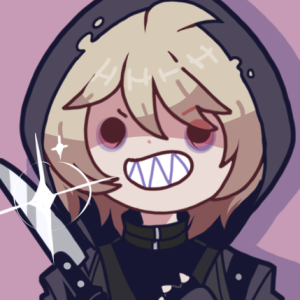 Dim is a male vtuber. He streams on twitch every once in a while, super small streamer

Death became lonely, having nobody around him except those that feared him. So he decided to take over the body of a dead baby left on the doorstep of an empty house. He gets spottet laying there by a random stranger that was running by, and gets picked up on the way.

Strangly enough, There is always a black cat following him, wherever he goes.