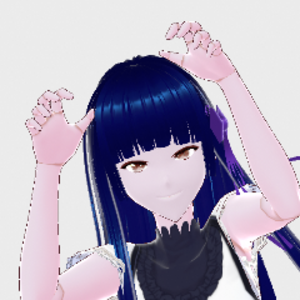 Dahlia is a female vtuber who plays video games and wants to expand their content into making art and music She also brings more awareness for epilepsy.

We first heard about anomaly #1990 When four young teens went missing and there were rumors of them going to an abandoned house, the police investigation was quickly turned over to us when only two of the teen's bodies were found torn apart.

We hypothesized the anomaly has eaten the other two as the only trace of them was a large amount of blood found in the building and on anomaly #1990 that matched all the victims.

Anomaly #1990 appears to be a demon possessing a doll how and when this occurred is not been fully discovered yet, but we will continue studying the anomaly.