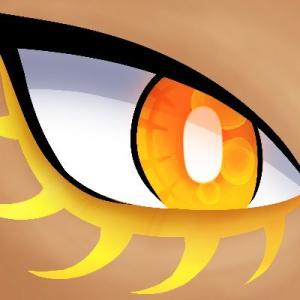 Conquest is an English-speaking VTuber that is yet to debut but is set to make all sorts of content from music to TTRPGs to videogames to nation RP.

Conquest is an alien angelic being that entered orbit around earth from another dimension called Altiorem. Their goal is to take over the world through the power of VTubing, using their machine, S.T.A.L.L.I.O.N., which runs on human emotional energy. With this energy, Conquest is slowly able to build his VTubing form. With time, he will even be able to create full simulations of planets he's visited in the past and fund large-scale projects such as a webcomic and possibly movies about his past and about other Alterians and their antics.

Conquest's ultimate plan, though likely far off, is to hire a secondary team of Alterians to become VTubers as well. All of these VTubers would be minions in his plan to take over the world and would have unique designs and funded projects of their own (if S.T.A.L.L.I.O.N. is able to gain enough energy and money to fund such a big step).