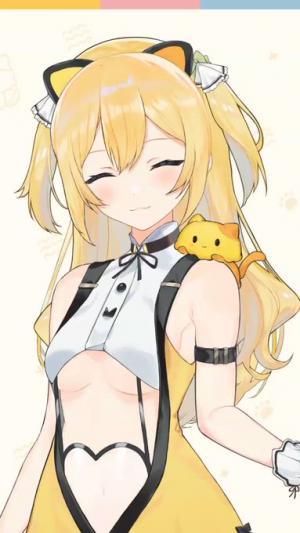 Cona is a female Virtual YouTuber who makes content in Japanese. She is a professional light novel illustrator, known for her work on Mesukosei Doshi ga Mata Koi ni Ochiru Kamo Shirenai Hanashi which began in July 2020. She released her first video on 10 April, 2020 and had a test stream a week later on 17 April before her first official live stream on 19 April, 2020. Her content typically involves art, gaming and chatting. She introduced a new model and design from the one she debuted with on 8 May, 2020 which she has used since. She streams irregularly as illustrating is her main job.