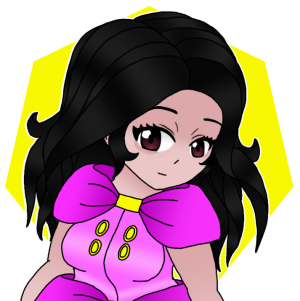 ChocoMilkTea is an English Vtuber that creates YouTube content intended for general audiences.
In the early days of her YouTube channel, ChocoMilkTea created a handful of animatics from highlights of her favorite YouTubers.

ChocoMilkTea started out as a PNGTuber in March 27, 2020 for her gameplay commentary in MapleStory 2 which she has recorded in bulk until the global servers shut down on May 27th, 2020. However, she never knew about PNGTuber variety of Vtubers (she initially thought that she is a faceless YouTuber with a 2D avatar) until Summer 2021.

Since she discovered how to create her own Live2D model to upgrade from her PNG self and to make up for not acknowledging herself as a Vtuber, ChocoMilkTea made her first Live2D video on July 14th, 2021 as her official Vtuber debut (in which the date is in multiples of 7; 7/14/21). As of her debut, ChocoMilkTea will still use her PNGTuber for post-production in her video backlog until she is caught up to use Live2D full time.

One of her goals is to improve as an animator (or at least make better animatics).

I found an old vacant tavern and made it into a café blackbox theatre. The stage will be my office. I intend to install modern technology like vending machines and kiosks to set up a self-service concession stand for guests to sip and snack on during the show. I’m selling my signature drink called ChocoMilkTea (the bubble tea)* and I will add/make more stuff for the menu as I go. I'm willing to perform and have fun while earning money on the side.