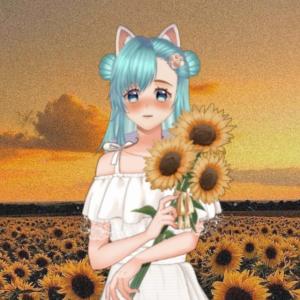 A long time ago, there was a very interesting planet called Fuwaru. Oh, those were the happiest moments of my life. Everything was just great! We existed, making dreams for all living beings of the entire universe. This is very important, because sleep is, first of all, rest for everyone, it calms and helps to avoid negative thoughts - our main goal is to prevent wars, enmity, to settle peace in the souls and heads of people. If only you could see how it happens. It is simply an incredibly exciting sight. But over time, my people began to lose this ability. There were fewer and fewer of us who were so capable every year. No one knows what it is connected with. Just at one point, babies were born without these abilities. Making dreams for others became more and more difficult. Because of this, other beings could not sleep and have wonderful dreams. Anger and hatred settled in their heads. That's why wars started... and of course my people were blamed for everything. No matter how hard they tried, it was all in vain! Later, talented children simply began to disappear. So it happened with my sister. One morning we woke up and she was simply not around. Of course, everyone knew where they had gone. Each capable person of our species was on a separate planet and made dreams alone for the "chosen ones", so to speak. My parents hid my abilities from others. Because it was safer that way. Almost... Why? Because they found out about it anyway. That's when I was given a planet to choose from. You probably already know what choice I made, right? That's how I ended up on this planet. But there are rumors that there are no more capable people on my planet. And I was the last of this kind, so to speak. Therefore, my mission on this planet is to bring dreams to every home. To take away the sadness of each person and give peace. This is my story. Therefore, come to my streams, learn more about me, and find peace in your soul. Who knows, maybe today I will make a magical dream, just for you.