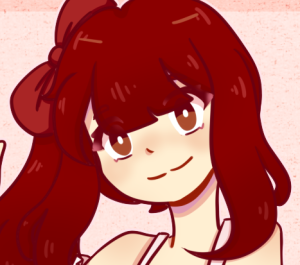 catharsisuh is a VTuber that streams a variety amount of content on Twitch. Her vibes are mostly comfy gremlin, although it can get to the most gremlin-like way possible.

However, there is no denying that there are some loud rumours regarding Kat.

Some say that when the sun sets and the bakery closes, you could hear Kat uttering some words. These magical creatures can't put their finger on what they mean, but they know it sounds "futuristic" or "foreign" for them.

For you who reads this on the wild Internet, it's just Kat living her streamer life. Don't tell anyone in the forest about that tho...