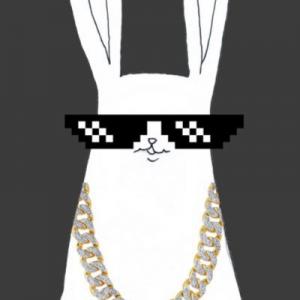 Bunny is a male English VTuber. He makes rap music. Bunny can be described as a silly, probably influenced by his cartoon ancestry. Despite being silly and goofy, he notes how his sense of humor can be self deprecating. Although this self deprecation is replaced with confidence during his music performances. His birthday is August 15.