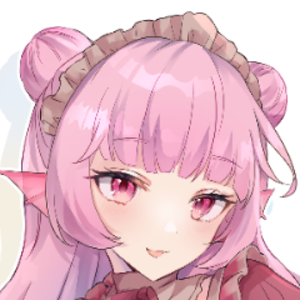 AyaRinni is a pre-debut fighting fish/ betta fish VTuber that has given up fighting, and runs a cafe!

AyaRinni streams in English and speaks some Japanese, Korean and Tagalog.

Her streams consist mostly of Karaoke, DBD and horror games! Ayarinni also posts covers of songs in various languages on Youtube, as well as keeps a home-cafe account and channel where she experiments with tea and coffee combinations.

Fish are friends, not food!

As a small fishie, Aya was aggressive and cautious due to the hostile environment she lived in since emerging from the bubble nest; vicious predators, bouts of drought, being forced to climb upstream for days on end made her vigilant and wary of the world and those around her.

One night under the full moon, the flow of the ever-changing river became charged with a powerful light and began to surge and gush wildly. Caught in the current, AyaRinni was swept away into a mysterious pond full of magical inhabitants and grew into something else entirely.

Flustered and confused, she began navigating her new unfamiliar yet mesmerising world.