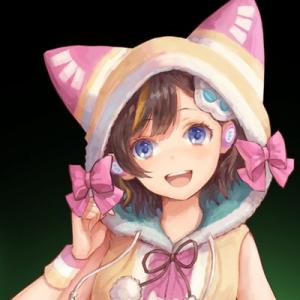 AyaMina Games were a pair of female Virtual YouTubers who make content in Japanese. The duo consists of sisters Yuen Aya (由縁アヤ) and Yuen Mina (由縁ミナ). They were members of upd8. AyaMina's First Stream. Aya is the younger sister who is known to be cute and fond of her older sister. Although, her hyperactive nature, tendency to scream and sense of humor have earned her the nickname "psychopath. Her birthday is 8 October (Aya) 3 October (Mina). Her height is 155cm (Aya) 165cm (Mina). She weighs 42kg (Aya) 46kg (Mina).