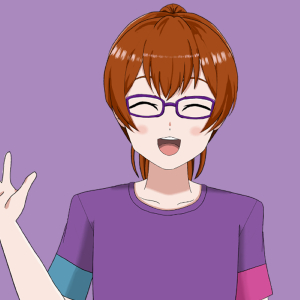 Akira Hayashi is Indie Virtual YouTuber who make video content and livestream in weekly schedule. His dream is to become a Japanese Voice Actor, part of biggest agency VTuber, dancer and singer. He has language barriers, but be able to improve lately. His birthday is 7 August. His height was 179cm. He likes streaming variety games like FPS, Adventure, Open World and Rhythm Games.

He graduated as Indie VTuber on 3rd February and will be come back on 2024~2025 as one of the biggest agency member which is currently unknown.

Akria was born with supernatural power and lived in Sakura City. He has a telekinesis as his first psychic powers. Akira attended the supernatural private high school and become friends with 12 students.

After the incident, his soul transfer into his new vessel. His psychic power is still weak, but he start his first journey to gain his experience of psychic power.

Later in one year, Akira's original vessel had been recovered with enhanced potion and he transfer his soul back to his original one. A week later, Akira look at his 3 previous unique vessel one last time after he graduated as Indie VTuber.