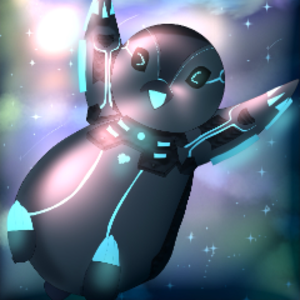 Zex was originally designed by [Redacted] as an experiment to see if artificial intelligence was capable of producing weapon designs for the corporation to spearhead the rapid development of the US military. while the AI advancement was promising for the time, it was often coupled with dangerous rebellious behavior or in adequate intelligence to even produce a suitable weapon design that would be capable of killing targets let alone incapacitate them. After many failed attempts, [redacted] Programming engineers opted to incorporate wild animals into the behavior data to see if it would produce something that would be useful yet controllable. [redacted] was finally able to produce a AI version from a fairy penguin that kept most of its behavior under control. while the animal type wasn't ideal, it was still able to produce acceptable results for at least in the alpha stage. [draft by owner of the Vtuber]