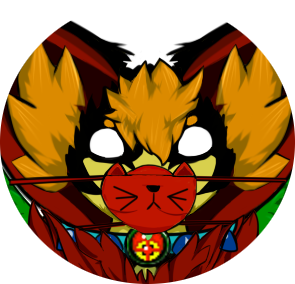 Zasshu Henshin Yajū is a Mon-Thro (or an anthropomorphic Monster ) a hybrid of 100 vertebrate earth animals 20 for each of his five forms.

all zasshu forms can not speak exept for the avian forms

Zasshu H. Yajū, Zasshu, Henshin. Yaju he was made by the Doctor when the Doctor was a living alien life form, now the Doctor is a machine clone of the Doctors mind.

Zasshu, the mon-thro is made up of weird alien lifeforms indigenous to a planet called earth.

each of Zasshus forms has consistent parts from the other animals that are within his DNA like every one of Zasshu's forms has Scales/Fur wings, small to large hood, Extendable Fangs, large to small Gills etc...

even tho over half of the animal's DNA collected for Zasshu are, on earth proprietors, Zasshu and other Mon-thros feed mostly on fruit & unintelligent insects on the alien planet called Manna Sea.