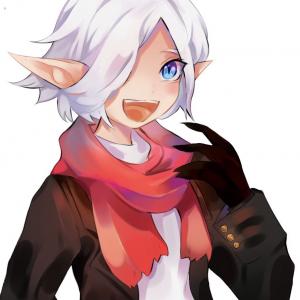 Void is a short, child-like boy that just wants to make friends! Despite his innocent appearance, he has a rather dry sense of humor. Void says that he likes to think he's funny -- whether or not he actually is is up to the viewer to decide.

Despite his appearance and mannerisms, he can actually be incredibly chaotic.

Void was found as a small child by an elder demon overlord. For whatever reason, said demon decided to take him in as an heir of sorts (most likely due to boredom). Due to the constant exposure to demonic energy, the young boy began to slowly mutate.

He can no longer be considered human.