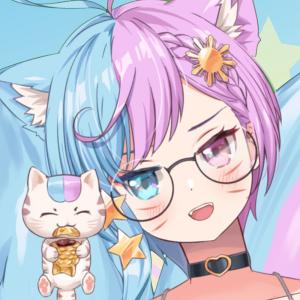 Lele (上手い レレ) is a female Virtual Youtuber who streams in Filipino and English. She is a short haired smug face nine tailed cat girl with eyeglasses, and has a buddy named Udin. She has two personalities, one that is an umu umu childish personality, and one that is an ara ara mature not so safe personality. She also lives inside your closet and sometimes under your bed. She released a few short clips before her debut stream, and had 3 more debut streams after the first, one of which being for her English VTuber debut on 01/11/2021. She often releases short comedic clips, and often does streams that involve gaming and chatting. She regularly streams on both Twitch and Youtube.