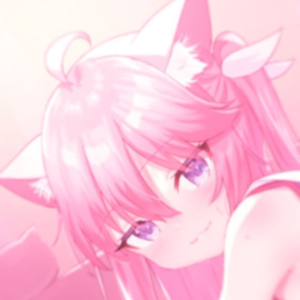 Tsumiki is a Virtual YouTuber who makes content in Italian.

Tsumiki was born on April 21, 2002 in Kyoto, She was abandoned as a child by her biological parents and was found by a family of humans, initially she did not understand the difference between them but often did not understand why they did not have a tail and ears like her, once she grew up, at the age of 7 tsumiki was a bullied for her different appearance and could not understand why she was so particular, she began to feel insecure about herself so she tried to hide her diversity by putting accessories and hiding her tail with a slightly longer skirt compared to her companions. She continued to hide like this until high school, finally realizing that she was not human, thanks also to the support of her parents who told her that they accepted her from the first day they saw her.

Tsumiki once reached the age of 19 and having finished her studies, tsumiki took time for herself and began to devote herself to video games and pursued her greatest passion, which is to draw.

One day she accidentally clicked on an advertisement featuring similar / different girls with human differences, some had horns, others had pointed teeth etc. Which humans apparently liked and admired.

Interested she began to look at that window where she had clicked by mistake, she found herself in many different categories with the name "vtuber" She remained open-eyed seeing that wonder, she decided to show off in this "world" to finally feel appreciated by human people and not hide anymore.