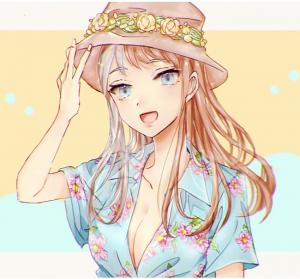 ShIN is a photographer by trade and linguist by training that finds enjoyment in playing games via streaming as of late! She hasn't properly debuted yet but have been streaming on Twitch since April first 2021. She might look okay but she's always dying inside (hence the name). Can ShIN die of loneliness? Yes! So please come accompany her and help her clear her game backlog! All she wants is friends! (and income). Aside from gaming, she also streams her photo editing process sometimes! Her streams are in English and Japanese. Her collab and solo streams are mostly in Japanese but her group streams are mostly in English. She responds to comments in either language and welcomes all questions concerning en/ja, or linguistics in general!