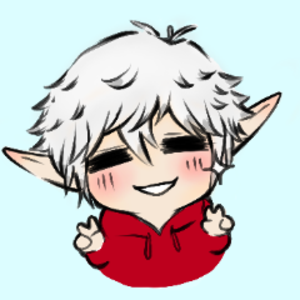 RyoJikan also know as Ryo is a Vstreamer who plays mostly games and hangs around with his fellow Vstream friends.

Ryo is an elf boy who basically got Reverse Isekaied from the world of Alderim. he doesn't know much of his past life all he can remember is his name and that he is 105 years old and in his previous life he got ran over by a wagon and he died, when he opened his eyes after being hit he realised that he was not in Alderim anymore but in this weird world with towers made of glass reaching the sky, all confused he was found by Chimni who let him stay at his place where there was already a other person living named Pasta an allien she told him. while trying to adjust to this world with the help of Chimni Ryo is trying to make a living to help pay for the rent of the apartment, and in his spare time playing games.