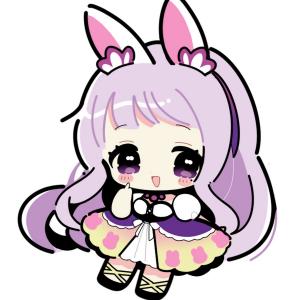 Mairu is a female Virtual Youtuber who makes content in both Japanese and English. While Japanese is her main language and her main one in streams, she has also made videos in which she speaks English, she often provides English subtitles for her streams, she can speak easy English, and she encourages English viewers to talk to her. She is a magical white rabbit, and 2 years old, though, according to her, "if I was human, I'm... uh... around 30 years old". She has a husband who is a black cat named "Chomusuke", who sometimes appears during streams.

She is an independent, streams in Live2D, and debuted on 01/30/2019. She mainly makes Gaming and Chatting content, though she also does Music, Voice Acting and ASMR content.