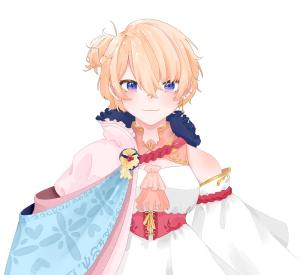 Male VTuber who streams music and multiplayer games with fellow VTubers! Noema is currently most active on Twitch.

The greatest hero, the warrior of the golden castle. “Know” the Hero of Runes”, a hero who could cast magic without the use of mana. Slayer of the 24th generation of the Demon Monarch, the 5th King of Uruk and strongest graduate of the Runic Western Academy. Certainly the greatest hero to walk the soils of Babylon, or at least he was -

Noema Libri is the missing retired hero, spurred on by the boss of an SS-Tier dungeon, he decided to live his life in hiding as an instructor at his former academy.