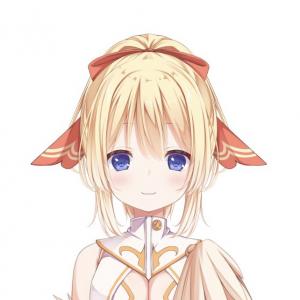 Mavia Lucastre is an English-speaking harpy VTuber. She mainly does relaxing streams studying Japanese, embroidery, playing RPGs, rhythm, and her newbie gameplay of classic video games like Skyrim. She also streams horror games on weekends (due to the fact she has trouble sleeping after playing them, which she hates to admit).

A harpy girl from a long line of the kingdom of Alknoste’s most prominent mages, she eventually became ill and mostly unable to leave her family’s manor.

At home, she had an insatiable appetite for knowledge, and has spent most of her time studying psychology, design, and honing her powers. Eventually, having read about games, arts, and cultures from another world, she decided to do research by streaming and making human friends.