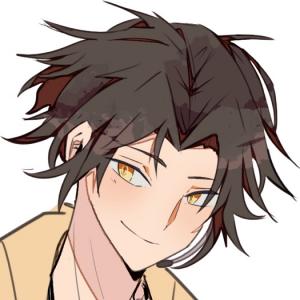 LEE, also known as Lee Sonato, is an upcoming virtual idol whose goal is to create music to help people through their toughest times. LEE started streaming on January 5th, 2021 and debuted on July 19th, 2021.

LEE auditioned for the VTuber Idol competition, StarStruck!, and was the first contestant to compete and earn a seat on the show. He was eliminated during the audition rounds.

While working on his projects, LEE announced a streaming hiatus to focus on working on music. His upcoming cover EP is projected to release during Q1/Q2 of 2022. The title and concept of the album is unknown, but he has emphasized that his upcoming mini-album has "many collaborations" and an overall theme.

American-born LEE was always a big consumer of all forms of musical mediums from a young age. Inspired by music of all time periods, languages, and forms, LEE set out to become what he always dreamt of being, an idol that could inspire the masses. He departed to Korea to train with the best, honing on his rap, singing, and dancing abilities.

After returning home from Korea, LEE started doing music covers in his bedroom studio in hopes of reaching individuals online, LEE hopes to one day reach stardom and use his message to inspire and help all who listen.

There is a lot still unknown about him, with his online persona being the only thing revealed to his audience. There seems to be something off, but LEE is good at keeping to themselves.