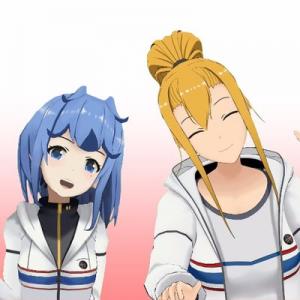 Barara & Karen (バララとカレン), also known as Barakaren, are a female Virtual YouTuber group who make content in Japanese. They debuted on August 1, 2017. They are under the Virtual Idol project "Senku Girl (先駆少女)". On 29 March 2018 the duo announced via Twitter that they would be going on hiatus. After months without any activity, a 13 July 2018 tweet said only "hello" suggesting that something may be coming.