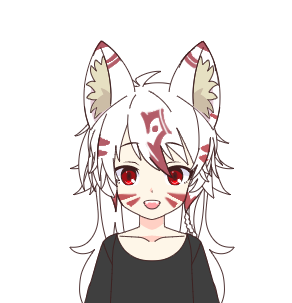 SweetFang is a female VTuber on twitch who loves to play DnD, and co-op or single player games on stream. She is also often found to be working on creating stuff via programming in the Unity game engine. When she's playing horror games she is easly scared especially in VR. And she's often looking to collab with the people she gets to meet. Also often responds with "hoihoi" when greeting someone, or "yesyes" when agreeing to something.

Her village is hidden far up in the tree's under a hollow mountain covered in snow.