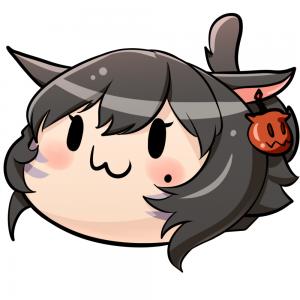 A Catgirl(Male) Vtuber that debuted late May 2020. They are a brunette shoulder-length haired Catgirl in a classic female teacher's suit, wide-pupil'd light-brown eyes and a Final Fantasy bomb earring on one ear (left ear). They're relatively short with no actual height number given, alongside a large bust that again has no confirmation of size. The type of catgirl Teach resembles is a Keeper of the Moon Miqo'te from the popular MMO Final Fantasy: XIV.

TheGreatTeacher was never originally a Vtuber, instead having started out life giving people crippling points-based gambling addictions by hosting tournaments on the game Dragon Ball Z: Budokai Tenkaichi 3, most notably for the 4chan board /v/. They still hold these betting tournaments weekly.

After debuting as a Vtuber, they've diversified into a variety streamer that plays generally anything that they like or requested games by viewers, having a preference for games that allows them to incorporate their viewers into them for entertainment, but otherwise has played games such as every new remake of the Resident Evil series, Minecraft, Overwatch, XCOM2 and many more.

The betting streams are commonly regarded as 'rigged' in order to bring the maximum amount of suffering and loss of coins to the viewers, but TheGreatTeacher has denied every allegation and has yet to be given any proof to suggest otherwise.