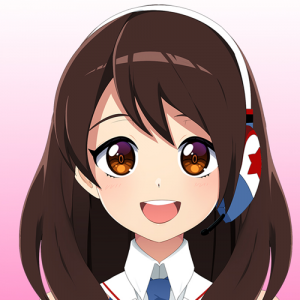 Moeka is a variety Virtual Streamer and YouTuber who is a hardworking girl trying her best in finding her spot in the universe.

Best known for her role of Kawaii~Chan and Sasha on the Aphmau channel along with helping sing hit parody mashup The Yabba Dabba μ's - Stone halation for the SilvaGunner channel.

Every week she co-hosts MangaPod, a weekly book club where friends come together to read manga and discuss it with each other. She is often seen thirsting over husbandos, playing video games and watching anime in her free time.

Can speak English and Spanish and in the process of learning Japanese. Her birthday is December 17.

Currently trying to cut down on her swearing and kind of failing.

A mysterious girl created by the stars themselves. Moeka is a space traveler looking for other beings to entertain and become friends with. On her journey, Moeka found an old time capsule filled with relics from the past and thought the video games and idol videos inside were fun. Occasionally her grumpy, grey tabby cat, Nori will join in her adventures.