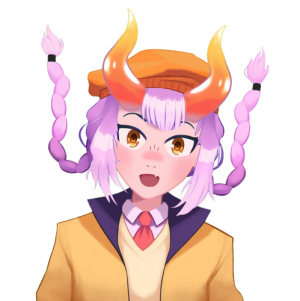 For millions of years, thought to be lifeless and used as an unlimited power source for The Culmination, Sol, the Sun, had woken up from his long slumber, causing political warfare among The Culmination in regards to who gets to keep Sol and his power. Realizing his own power, and as his attempt to stop the conflict, Sol decided to split himself into three: Sunrise, Noontide, and Sunset. They all sought shelter among the mortals on Earth at different points of time. There, Sunset met a sick, blind, widowed old lady, Yui. Sunset was lonely, so he pretended to be a human, in fear that the truth may drive Yui away; however, where most would avoid and get blinded by Sunset's light, Yui blinded Sunset with her radiant, lightless gaze, and embraced all that Sunset is. They would meet everyday at a hill where the sunset is most visible, and enjoy each other's company. However, unlike Sunset, Yui is mortal, and her time is up. Yui met Sunset too late, and Sunset met Yui too early, as both wished to have met each other at the right time, and enjoy each other's company more, Sunset's spirit and emotions eventually converges with Yui's dying breathe, reversing her age to the "right time" as a teenager. However, while they have a physical body, they are still purely made out of Sol's light, making them weightless. Love. Sol had never felt that indescribable feeling before. Sol had recognized the union of Sunset and Yui and therefore recognized them as one, in the name of Yuuhi Banshou, the Sunset Incarnate. Yuuhi Banshou appears every sunset to bring joy to all that his light can touch, as a constant reminder that as the light fades and the world enveloped in darkness, we all become one.