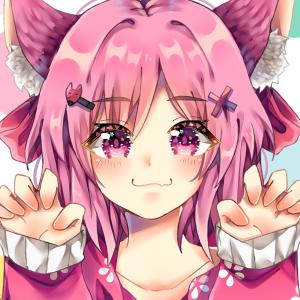 Remi is a bubbly Foxboy VTuber who creates narrative focused videos that go over topics relating to dreaming, sleeping and gaming. He has a deep love for headpats, sugar, and anything related to dreams! His vibes can range from energetic and bouncy, to chill and relaxed depending on the context of the video.

Remi lives in an endless dream world that he's named the Sea of Dreams. It's a place where people's dreams end up when they awaken. The dreams that find their way into this world are represented by large floating islands that dot the skies above the endless ocean.

He's cobbled together a home by scavenging through these old dreams. He spends his time going from dream to dream, trying to find more cool stuff to collect, while also keeping an eye out for other people. He's been able to find plenty of cool loot, however, he's yet to find any people.

While exploring some dreams, he recently discovered a camera along with a computer. He was delighted to find that the computer had access to a wonderful thing called the internet.

After exploring the internet, he found out that a lot of people were making videos about things they were passionate about. They seemed like they were having a lot of fun, so he thought he'd do the same!