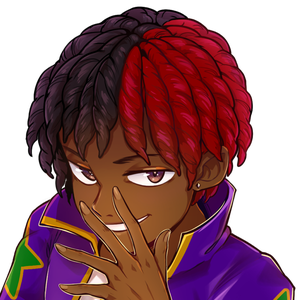 Xander is a Male English-Speaking Content Creator, whose content is based around rapping, singing, producing beats, meming around, and playing a variety of games. His Birthday is May 26th, and his Zodiac is Gemini.

A rapper, artist, and producer who got isekai'd into the internet while working on music. When Xander left the recording booth, he went to check on the project he was working on; Meanwhile, it was storming at the time of the studio session. As the storm continued on, the power surged, sending a shock through Xander, leaving him unconscious. When Xander woke up he realized he was completely digital, and on the other side of the computer screen.