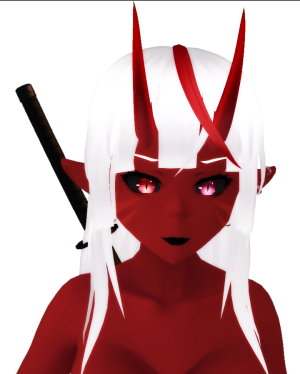 An variety Vstreamer that plays a lot of horror games! She can handle horror quite well, story driven games are her favourite, but she also play multiplayers games, such as For Honor, Rainbox Siege, Phasmophobia and so on!!

A demon elf who lived in a world different than earth, Violet was born and raised in the woodsland, a small town protected by elven magic, but one day it was attacked by demons, that was the day she swore revenge against those demons, and after years of training she killed the demon lord, she discover she was half demon and became the new demon lord candidate! After that the humans empire decided to declare war on her for no reason, despite her trying to go in peaceful terms... After destroying 3 kingdoms, she obtained the demon lord title, and alongside it, the power of shapeshifting and traveling through the world!! And now she came to earth as a vacation! and decided to become a streamer!!!