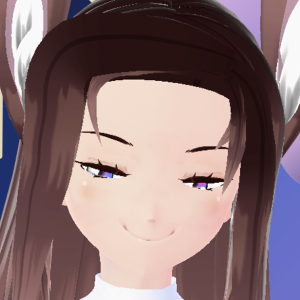 Varidetta is a Female VStreamer who makes content in English. She has been streaming on Twitch.tv since 2015 and is known for being a very energetic streamer that enjoys having her chat bully her. She is friendly and always ready to converse and make jokes with all her viewers while making many mistakes in different games. Streams are usually never the same with new games often being played until finished and there's lots of variety and friendly banter.

She speaks fluent English/Swedish while also knowing how to read Hiragana/Katakana and Hangul.

Vari is a Bunny who has lived alone (with her caretaker bots) on Mars's moon Phobos for approximately 6000 years. She has never felt the touch of another actual living being because, for some mysterious reason, the society of space bunnies that lived in the Kingdom of Phobos suddenly disappeared when she was just a wee baby.

For 6000 years she has lived alone being cared for by the Carebots making sure that she would grow up to be a regal and knowledgeable ruler, so that the kingdom would not fall into future ruin.

But one day a small asteroid bonked into the kingdoms ''communication satellite dish'' and made it turn towards Earth. Immediatly, Human Internet and television content started getting streamed into the Communications Room, which at first was very frightening because it had always been thought it was broken.

Now she is terminally online and thanks to the IQ sucking shit on the internet she's now no smarter than a fifth grader saying your mom jokes like her life depends on it.

Her goals now is to leave phobos and visit earth where she can experience every country on it without subtitles.