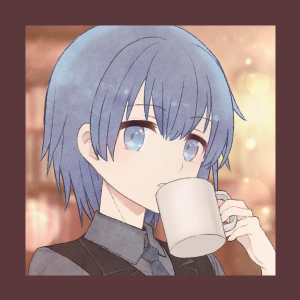 Sukima Altera (formerly known as Txmtrinity ALTERA) is a Filipino Half Yokai VTuber and Virtual Doujin Music Producer that streams on his YouTube channel. He creates a variety of content ranging from his Original Music Tracks to Streaming games to Making music Live and Independent projects content such as his now concluded podcast series "Yokai Talk". His character is a Half Yokai and he expresses that really well in his character.

His first model's overall design is heavily inspired by the Touhou Project with some elements of Kosaga Tatara with his dual colored eyes and his "Lunatic form" inspired by Yukari Yakumo and Aya Shameimaru. His avatar was created in an app called "Custom cast" and his Avatar creator is Usami PrismLight She created his color scheme with the eyes and with his now Iconic suit.

He had a full redesign and brand/Name change soon after June 2021 now being a Live2d model now he's still the Half Yokai his small audience knew but now he's fully blue and with longer and curly hair without glasses while still sporting his suit which is now blue (courtesy of his new model artist Himari Luthien).

As of now he's created multiple BGMs for different VTubers which gave him the nickname "Music Papa" as of July 2021 and has since created his own music circle/label known as Yokaicore which produces and highlights obscure EDM genres that Altera produces.