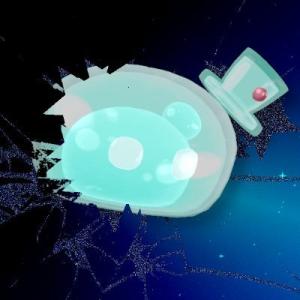 Tokiro Ayakashi is a male Youtuber and Streamer that has been making content since 2008. Most of his work has been lost to age or old forums dying off, but he started making content again on May 19, 2020 on YouTube and streaming on October 2019. His content has stayed the same from just talking or what he refers to as "ranting" to posting gaming content.

Tokiro is an 8th Dimensional Entity that suffers from amnesia, he has 3 theories of where he might originate.

Theory 1: He was an adventurer, scientist, or trickster that messed with someone or something he wasn't suppose to and got his mind erased

Theory 2: Like we can draw things in 2d, he believes a higher creature from the 9th dimension drew him into existence in the 8th dimension but he can't be sure what, why, or who it was.

Theory 3: He is a delusional man who makes Lore for his Vtuber persona to cope with his existential crisis.

All he truly knows is that he manifested into reality one day and decided to stream in all of the lower dimensions possible, and had a ridiculous obsession over coffee and other caffeinated drinks. He currently resides in an abandoned building he broke into and very poorly made into a coffee shop residing in the 8th Dimension.