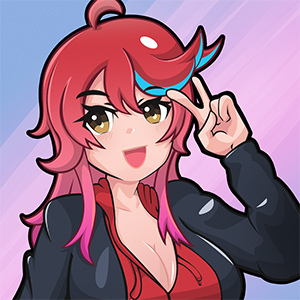 Rori Spitter is a Rambunctious Pilot, flying high in her pride and joy... the Supermarine Spitfire Mk. 24, nicknamed; the Roarin Spitty. She had recently taken over from an existing establishment and ever since has been showing elite skills but can get reckless sometimes.

She's but a sole traveller, who had been travelling around the world in her Spitfire, which she acquired from her family's heritage. She spots a carrier on her travels, which appeared to have a city on top of it, which she landed. Upon landing, she found a hanger and parked her plane. She saw a little sticky note, "To whom wishing to bare ownership of this hanger, you may keep it along with our establishment, thus which is yours for you to use", and so Rori took upon herself to make full use of the hanger.

Now she streams and makes content, and brings friends along who also parked up in the hanger with their assortment of vehicles from planes and tanks to cars and trucks.