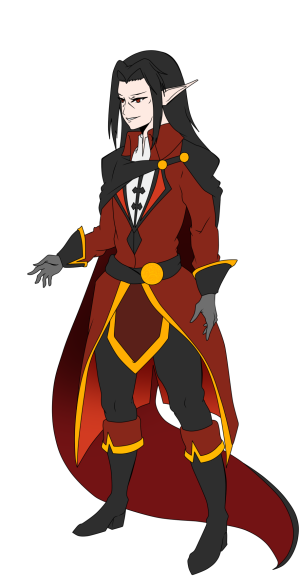 Taka Tanaka is a content creator that features his works on both Twitch and YouTube. Beyond livestreaming, Taka also creates videos that range from let's plays, gaming news to gaming rants, and short form content such as clips and #shorts. Although Taka speaks English primarily, he has expressed interest in speaking both Japanese and Spanish at a later date.

A vampire with an addiction to coffee and energy drinks. He has a bird companion that serves as an extra pair of eyes when he is too lazy to leave his private quarters. If he isn't streaming he's more than likely staring at text on a screen until his eyes finally shut for a short amount of time.