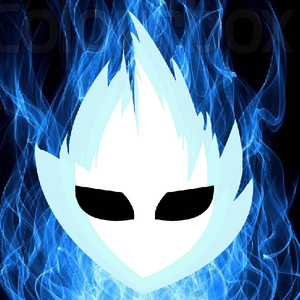 The foul-mouthed gaming demon from the bottom of the underworld.

Spekter Yaldabaoth Tyrannus (or SpekterYT for short), is a powerful demon currently acting as the Supreme Content Creator of the Underworld. The full extent of his abilities are unknown, but he’s known to have the powers of possession, teleportation, sorcery, and shape-shifting. In the middle ages, the demon was a court jester, and his antics caught the eye of Lucifer. Lucifer wanted the demon's comedic talents at his beck and call, so he challenged Spekter to a tennis match, the terms of which are as follows; In the event that Spekter should win the match, Lucifer would immediately relinquish the throne of hell and surrender control to Spekter, allowing him to do with the realm as he pleases. Should Lucifer win the match, Spekter would be required to move into Brimstone Keep, a place located in the deepest layer of hell, where he'd serve as Supreme Content Creator, making entertaining content on Youtube and Twitch. Neither of these platforms existed at the time, so the terms confused Spekter greatly, but seeing the opportunity laid out in front of him, Spekter accepted the terms and challenged Lucifer. Though the match was close, Lucifer ended up besting the demon, who stayed true to his word, gladly accepting the penalty for his defeat.