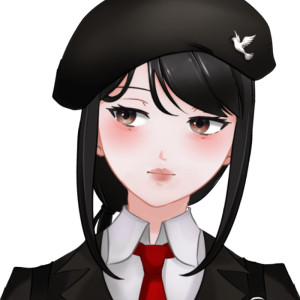 Seven was a female VStreamer who made content in English, with a focus on first-person shooter games.

Formerly contained in a subterranean research facility as an unwilling participant in a number of human potential experiments in the mid-1980s, “Seven” was one of fifteen subjects who would undergo a bizarre analysis of their “affinity” for making paranormal contact. Outside ties to the project were severed following permanent radio silence from its staff at the turn of the decade.

Seven paid an unthinkable price for freedom to one of the entities previously bound within the chambers, and in exchange, was promised a future on the other side - far from her inevitable iron coffin.

As a part of a shadowy contractor detachment, she acted as an intermediary between the sinister interests of the Underworld’s most dangerous profiteers.